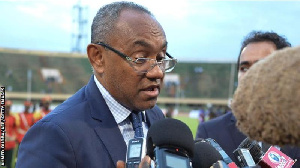 Thirty months ago, the Executive Committee of the Confederation of African Football ratified the decision to alter the scheduling for the continent’s flagship football competition: the biennial Africa Cup of Nations.

Every other January, a pilgrimage of sorts saw European clubs shorn of their African players for three to four weeks, and former Caf President Issa Hayatou remained adamant in his insistence upon that time slot, unperturbed as Europe’s heavyweights gnashed their teeth.

The deposing of Hayatou, however, opened the door for Africa to line up with more global interests, and the decision – in July 2017 – to move to a summer Afcon was one of the first big legacies of the Ahmad Ahmad presidency.

However, after just one edition under the new modalities, Caf has run into some difficulty of the entirely predictable variety.

On Wednesday, following a meeting of the Organizing Committee of the Africa Cup of Nations in Yaounde, it was decided that the 2021 edition (scheduled to hold in Cameroon) would now revert to the former January timing.

In a press release by the Cameroon FA, this change was requested by the host nation based on concerns over adverse weather conditions in June and July.

“After having heard the various arguments expressed, in particular those of the meteorological officials of Cameroon, and the representatives of coaches and player, the CAN Organizing Committee, which received the mandate from the Caf Executive Committee to decide, acceded favourably to this request.

“Consequently, for the 2021 edition, the Africa Cup of Nations will take place in Cameroon, from January 9 to February 6, 2021.”

Ostensibly, a tournament held in the summer in Cameroon would feature rain and thunderstorms, forcing a situation where a number of matches could, in theory, be rained out. On that ground, this decision seems entirely within reason.

However, it raises some unflattering questions about the decision-making within Caf itself, and clearly illustrates that the 2017 decision was reached without due consideration and an understanding of the African terrain.

To begin with, the climate in Cameroon is not peculiar to that particular country; West and Central Africa have lengthy rainy seasons, and so a summer Afcon was always going to be tricky to organize; only in the extremes – the North and South of the continent – would a decision like that fly.

Never mind a meteorologist; climate is something that has been observed and accounted for going back millennia, and is quite easily understood even by laymen. Farmers have not been known to rely on simulated clouds swirling on a green screen in order to determine the seasons.

Why then was the Caf Executive Committee in a hurry to ratify such a drastic change?

Clearly, not only was little thought put into the decision, it was also not made at the behest or in the interest of the very constituents over whom Caf govern.

The rush to kowtow to European interests and align with the globalist agenda of Fifa President Gianni Infantino has quite clearly backfired, and Africa as a whole is now backed into a corner. It is unlikely that the timing will revert altogether, as this decision is a one-off, so what does Caf intend to do?

The former timing, much as it annoyed Europe no end, served a practical purpose too in that it excluded no African nations as potential hosts: in January, it is cold the continent over and, more importantly, there are no rains.

During the 2019 Afcon in Egypt, temperatures soared, and there were genuine concerns raised by global player union Fifpro over player safety in the searing heat.

Unless the idea is to deny West and Central Africa – the continental hotbed of footballing talent, at least by export – Afcon hosting rights in perpetuity, this situation will repeat itself even as soon as 2023, when Ivory Coast is in line to host the competition.

On the other hand, if the idea is to hold the Afcon in the summer only when it is hosted by a Northern or Southern African nation, then what is to say that UEFA could not exert influence over the bidding process for hosting rights in Africa as time goes on?

All decisions have ramifications beyond the surface level, and so while a summer tournament appeared to deal with the reluctance of clubs (and players) to fully commit to the competition, it has raised problems of its own: fitness issues at the end of a long European season, and now havoc with a scheduling that could potentially alienate an entire sub-region.