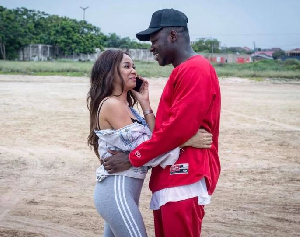 Celebrity couples around the world are adored and serve as an inspiration to millions of fans. However, when things go wrong, the same people who are inspired are affected.

The same anecdote applies to the former Ghanaian celebrity couple, Medikal and Sister Deborah. The adorable couple who defiled the norm to become a perfect pair served so many relationship goals but broke our hearts when they ended their 5-year affair in 2018.

Cheating, marriage pressure and other issues were cited for their sad break-up. Even though they’ve moved on, we still miss the couple.

Here are eight reasons why we miss them.

Don’t forget: they are musicians. That’s one of the reasons why they jelled. They gave us back-to-back hits, which propelled their career. From “Sampanana” to “Too Risky”, they gave us nothing but hit songs.