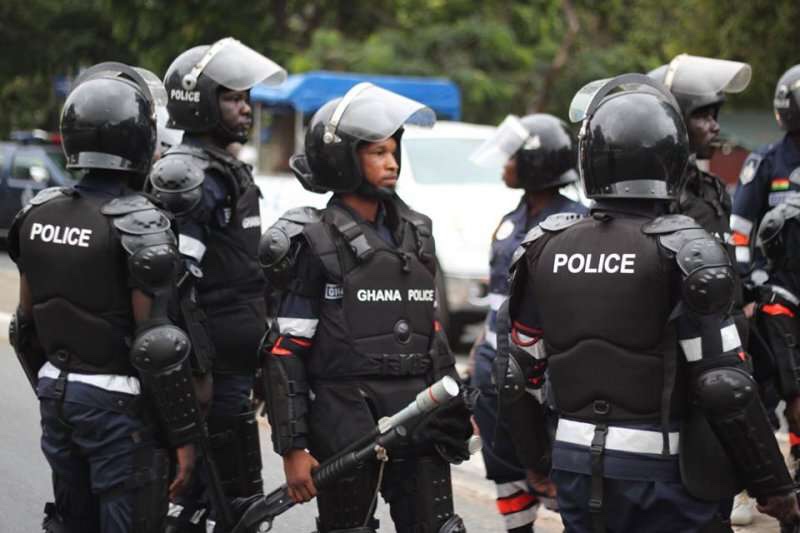 Operatives of the Ghana Police Service have gunned down five armed robbers in a gun battle, with six others arrested.

According to a statement by the law enforcement agency on Thursday, Jan. 6 2022, the five were killed during a series of special Anti-Robbery intelligence-led operations carried out throughout the country in the past 48 hours.

The Police further revealed that similar operations are being undertaken in various parts of the country, including the Northern and Western North Regions.

Meanwhile, the Inspector General of Police Dr. George Akuffo Dampare has ordered the immediate interdiction of five police officers for allegedly extorting 500 cedis from a driver after reportedly planting marijuana (weed) in his car.

This incident came to light after the driver who gave his name as Taminu Yahaya was seen in a viral video summoning the police officers to a River god.

Narrating his ordeal, the driver said that on January 2, 2022, he was heading to Asaamankese to buy car tyres when he was stopped by a police patrol team to conduct a search.

According to him, they planted the illicit substance in his car and accused him of attempting to conceal it in the back seat of his car. The driver said he denied the accusation but the ruthless wouldn’t listen.

They handcuffed him, assaulted him and demanded 500 cedis from him before letting go.

In other news, a driver and a Motor Transport and Traffic Directorate (MTTD) officer have been caught in a viral video fighting dirty in public. READ MORE HERE