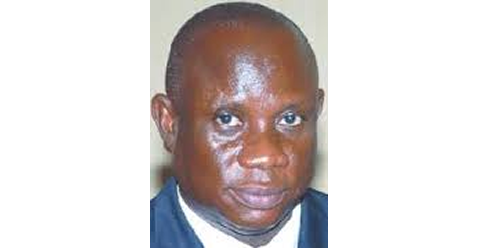 The Deputy General Secretary of the New Patriotic Party, Nana Obiri Boahen, indicated that the judge of the Supreme Court, who allegedly attempted to bribe a Member of Parliament on the NDC ticket, may have made a mere suggestion to the MP in question.

In an interview with GhanaWeb, the legal practitioner said no law prohibits a Supreme Court justice from joining a political party.

A judge who is a sympathizer of a party may therefore make suggestions that he or she assumes inures to the benefit of that party.

He believed that the judge in question may have had a link with the MP, hence the request for her to vote for the candidate of the NPP for the position of Speaker of Parliament.

Therefore, he cautioned that the relationship between the MP and the judge should be investigated and formed before judgments are made.

The judge of the Supreme Court is a human being and there is no provision in Ghana that forbids the Supreme Court from sympathizing with a political party. Under what capacity did he or she speak with the MP? It may well be that a daughter, a friend, or a cousin is the MP.

Perhaps the Judge of the Supreme Court had a friendship with the MP and asked him to vote for the NPP. So, if the judge has made the order, there is nothing wrong with that. Judges of the Supreme Court are human beings, so if a judge addresses a policy question with someone with whom he or she has a relationship, what is wrong with it? “, he asked in an interview with GhanaWeb.

The MP for Asawase, Muntaka Mubarak, disclosed in an interview that during the election of the speaker, one of the 17 Supreme Court judges made attempts to make an NDC MP flip to the NPP side.

He believed that with certain benefits, the judge enticed the MP, but the MP did not pass.

So embarrassingly, the Judge of the Supreme Court calls a fellow lady and tells her what they’re going to give her. She has kids, and they’re going to help her take care of her kids. She will take four years of fuel from a filling station,” Muntaka alleged.”