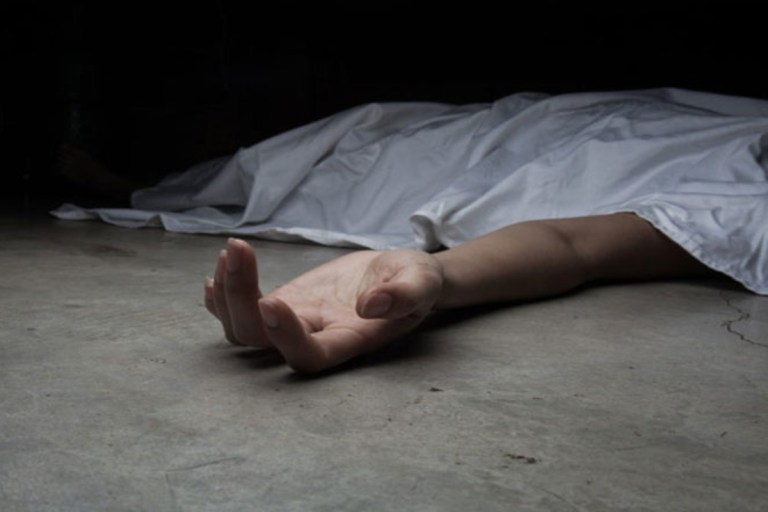 Rebecca Amoah, a 35-year-old woman has allegedly committed suicide over her ‘cheating’ husband at Kasoa Oldtimers in the Central Region. The incident was said to have taken place today.

According to a co-tenant only named Forgive, this happened at the time when her two children, ages seven and nine, went to school while their father was out at work. Madam Amoah was at home with her third child, who was one and a half years old.

Forgive told Adom News’ Kofi Adjei that the dead made suicide statements in the early hours of the morning, amid reports that her husband had gone out with a side chick, a condition she could no longer handle. She, on the other hand, talked the deceased out of it, and they both went back to their rooms.

Forgive stated that she later wanted to check on the now-deceased neighbor, but that she pounded on the door for several minutes before she was able to open it. When she did, the deceased was believed to have given her baby to Forgive and told her to look after her because she couldn’t take her with her where she was going.

Forgive explained that she raced out of the house to summon assistance, only to return to discover Rebecca dead in the room.