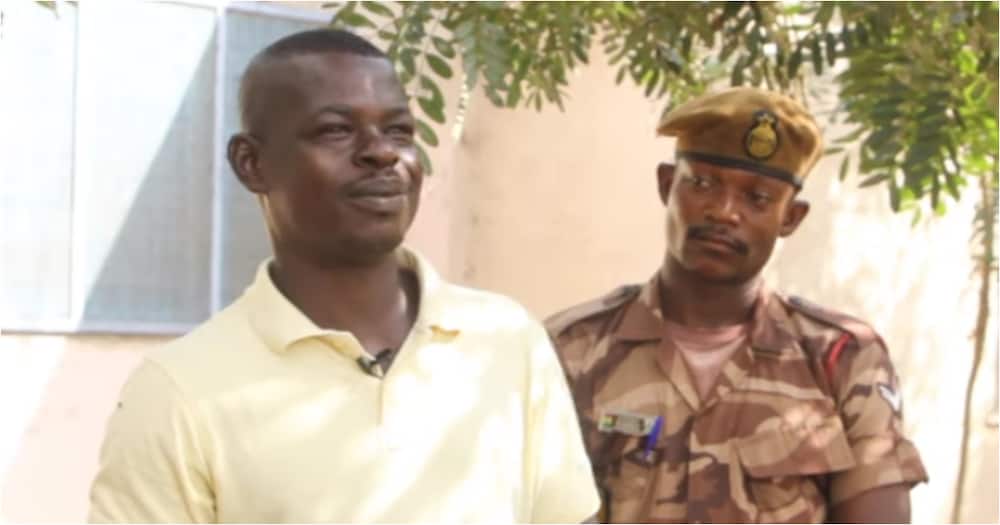 A 35-year-old Ghanaian man identified as Moses Mensah is serving a three-year jail term for stealing plantains from a police officer at Saltpond in the Central Region.

Recounting how he ended up in jail, he admitted that he had stolen over 20 plantains on several occasions from the police officer in the past.

He was charged for stealing and was found guilty and sentenced to three years imprisonment by a court in Ghana.
Mensah, a serial thief, had previously been arrested for breaking into someone’s store to steal. He was made to pay a fine after the arrest, he said. According to him, the store theft incident, where he was made to pay a fine, compounded his last case when he appeared

Moses Mensah is not alone. Yaw Sam was incarcerated for eight months for absconding with GHc700.00, an amount given to him by the owner of an eatery to make purchases to run the business, Sradio5.com reported. The 38-year-old ex-convict was arrested and jailed for spending the money and subsequently escaping. In an interview with Ibrahim Oppong Kwarteng of Crime Check TV, Sam broke down in tears while recounting his life before and during prison.