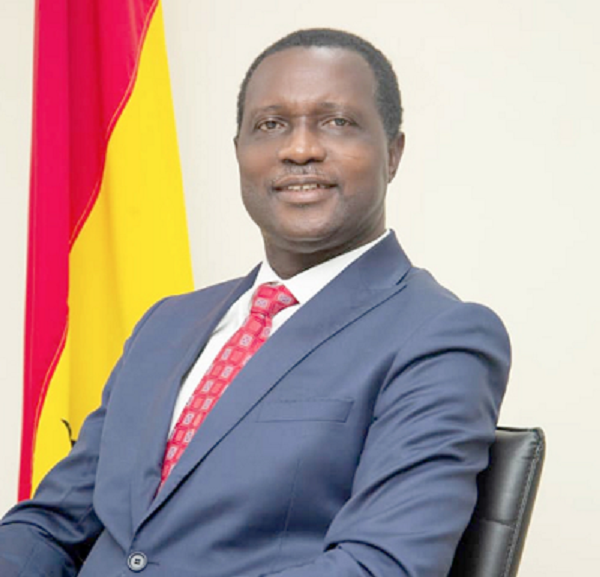 The government has set up a $25-million fund to help mop up children in the country who are still out of basic school.

The fund is part of a World Bank-sponsored Education Outcomes Fund of $30 million to increase school enrolment and improve learning outcomes.

Private entities and a number of agencies have been brought on board to support the fund, which will also ensure that more teachers are trained to support the increased enrolment in schools when more of the children are roped into the mainstream educational system.

The project is targeted at putting in school 70,000 out-of-school children.

The number is made up of 10,000 street children in Accra/Kumasi and 60,000 out-of-school children in the rural areas of the country.

Although existing interventions rolled out by the government, including the free compulsory universal basic education (FCUBE) programme, have been tremendous and brought thousands of children who were out of school into the formal educational system, many other children are still vulnerable, hence out of school.

The Minister of Education, Dr Yaw Osei Adutwum, made this known at the launch of a research project aimed at increasing access to quality education for rural and marginalised children in West Africa in Accra last Friday.

He observed that education was the game changer, hence the government’s determination to send children of school age to school to help turn around the fortunes of the country.

With Ghana’s Gross Tertiary Enrolment Ratio (GTER) of 18.8 per cent and sub-Saharan Africa’s seven per cent, the minister cautioned that Ghana must not be caught up in the African mediocrity trap and get excited that it had been able to go beyond the average GTER in the sub-Saharan Africa.

He said the target was to reach 40 per cent in the GTER by 2030 and called on stakeholders to support the government to achieve that target.

Dr Adutwum further said there was the need to work hard to transform the human resource base of the country, so that in the next 10 years, poverty could be held at bay to ensure that majority of the people were prosperous.

The government’s commitment to girls-focused education models and complementary education is well documented and not in doubt; this commitment resulted in the passage of the Complementary Education Agency Bill, 2019 on 16th October, 2020,” he said.

The Education Minister intimated that providing education for marginalised children should not be seen as a charitable exercise but rather tapping into the talent pool of all, stressing that there were two ponds of talents – the rich and the disadvantaged in society

We have over-fished from the rich talent pond, and if we want new talents, then the country must fish from the under-privileged and marginalised pond,” Dr Adutwum stressed.

He said the country would benefit from harnessing those talents for development, saying “we need a great sense of urgency to transform the education of our children because it is not a charitable exercise and the most gifted child in Ghana is the most miserable”.

Dr Adutwum said it was for those reasons that the President was determined “to open the flood gates to ensure education for all children and committed to halving the number of out-of-school children by 2026 at the Education Week in London”.

The Canadian High Commissioner to Ghana, Ms Kati Csaba, said the Canadian government placed much emphasis on quality research, and that quality basic education was the game changer.

She explained that the Canadian government decided to have a multipurpose engagement, including the Ministry of Education and other stakeholders, to produce high quality research.

In a speech read on his behalf, the Coordinator of the National Education Reform Secretariat and Chair of the Policy Learning Group of the Knowledge and Innovation Exchange (KIX), Mr Enoch Cobbinah, expressed regret that some children, particularly girls, dropped out of school due to teenage pregnancy, conflict, among other factors.

The speech, which was read by the Advisor on Gender Inclusion and Safeguarding at the Ministry of Education, Mrs Afua Ansre, equally expressed excitement at private sector involvement in producing quality education.

The Deputy Minister of Education in charge of Technical and Vocational Education and Training, Ms Gifty Twum Ampofo, who chaired the function and launched the research project noted that globalisation, with little or no counselling, had exposed many girls and other children to acts of suicide because young people now went through a lot of stress in life.

She observed that many girls dropped out of school because of teenage pregnancy, stressing that “globalisation is taking us away more than our cultural practices”.

The Team Leader, West Africa, Dr Leslie Casely-Hayford, who gave an overview of the research project, said a large number of children in Africa still faced challenges with accessibility to schools.

She explained that most governments in Africa had strategic plans to ensure that no girl-child was left behind in access to education.

The research project is a comparative study on Accelerated Education and Girls Focused Programmes in Ghana, Nigeria and Sierra Leone.

It is a KIX/Global Partnership for Education and International Development Research Centre (IDRC) supported research project.

It is being conducted by Associates for Change (AfC), a research firm based in Ghana; Dalan Development Consultants, a research, management and development consultancy firm in Sierra Leone, and the Centre for the Study of the Economies of Africa (CSEA), an international research think tank in Nigeria.