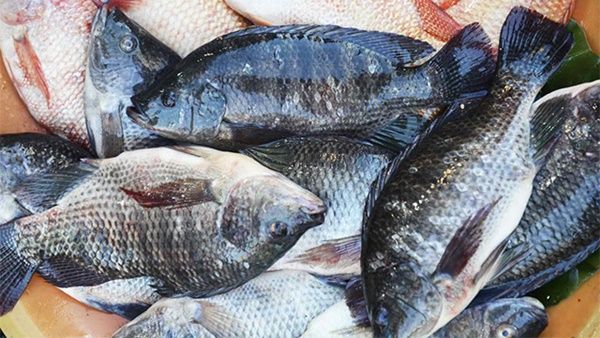 Ghana currently imports 60 per cent of local fish requirements annually, amounting to $150 million in real terms.
The country consumes a million tonnes of fish a year, but can only supply between 400,000 and 420,000 tonnes per annum.

The Secretary of the Ghana Tuna Association (GTA), Mr Richster Nii Armah Amarfio, says the shortfall in local fish production is the result of the depletion of Ghana’s fish stock over the years.

He said the situation had now led to excessive importation of fish to complement the high demands.

At a two-day fishing industry engagement with the Parliamentary Select Committee on Food, Agriculture and Cocoa Affairs in Koforidua last Saturday, Mr Amarfio explained that the deficit in fish supply had resulted in the importation of up to 600,000 tonnes every year.

The figure, he added, could soar in the near future as activities endangering the marine ecosystem kept increasing.

He said Ghana, with a fish consumption rate between 21 and 27 kilogramme per capita, made the country the highest fish consumer in Africa.

The Secretary of the GTA said the sector had been marred by hostility towards the marine ecosystem and the inland fishing activities due to the search for other resources.

He explained that the presence of oil rigs, which had become aggregating points for fishes, coupled with the inability of fishing vessels to fish around the rigs contributed to the depletion of the marine fishing sector, while the loss of rivers, lakes and mangroves to illegal mining and other human activities had also impacted significantly on the inland fish sector.

He added that the sector lacked Ghanaian trained experts to captain trawlers and other vessels as expatriates had become lead figures in fishing vessels in the country.

The Acting Vice President of the National Fisheries Association of Ghana (NAFAG), Mr Simon Agah, also lamented the cost of operation in the fishery sector, stating that the frequent increase in the price of marine gas oil for both marine and inshore vessels and other factors had made operation very costly.

The costly nature of operation, according to him, had led to the closure of several tuna vessels, with only five tuna vessels currently in operation out of the 20 that existed in the past.

He appealed to the government to support the sector with new vessels, to complement the old ones that had been in use for the past 20 to 30 years.
A new modern vessel, he said, could cost over $20 million.

The Chairman of the Parliamentary Select Committee on Food, Agriculture and Cocoa Affairs, Mr John Osei Frimpong, said the committee would look at the proposals and present them to Parliament, the Fisheries Commission and the Ministry of Fisheries and Aquaculture Development for the necessary actions.